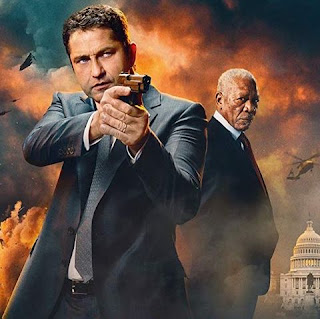 Another obvious motive behind launching the lame duck flu and for promoting fear and panic is so that the Corporate Communists can implement electronic voting.

Electronic voting is an attack on civil liberty because that can easily be hacked. That is how Bush won Florida in 2000. The whistle blower testified before a Congressional hearing stating how they asked him to write a software that would flip the vote. He did so thinking they wanted him to then write a program to prevent it. Not so. They wanted him to write a program that would flip the results without being detected. That's when he stopped cooperating with them.

Russia did not hack the Donald Trump election. That was ridiculous. However, the CIA is actively involved in flipping local election results. Tulsi Gabbard launched a private members bill as Securing America's Elections Act to ensure paper back up votes. In Surrey, civic elections are counted by electronic machines. Yet paper ballots are retained for recounts.

One of the motives behind the main stream media's hype and panic about COVID-19 is to brainwash voters into accepting electronic voting which can easily be hacked. This is a full scale attack on democracy and civil liberty. View Clinton Eugene Curtis' testimony.

Unfortunately the data on the Korean website I posted a link to has become compromised. I knew that was going to happen as soon as I posted a link to it. Their domestic numbers on COVID-19 are correct but their foreign numbers are not. For international results they are simply posting whatever the WHO and the Intelligence Agencies give them.

The Intelligence Agencies were the ones who orchestrated the CBS fraudulent report on New York City. The WHO is a UN agency with an agenda and that agenda, as the Oath Keepers have pointed out, has nothing to do with promoting health. Their vision of world peace is through Corporate Communism. I do not share that vision. That is why they stopped peace keeping and embarked on the Oil Wars. Olympus has fallen and the UN is compromised. Just sayn.