Does Dr. Tam work for Canada or China?

The Canadian Press is reporting that "Derek Sloan, an MP from rural Ontario and one of four candidates in the leadership race, sent an email to supporters about chief public health officer Dr. Theresa Tam, asking 'does she work for Canada or China" in guiding this country's response to the COVID-19 pandemic.'

"His allegations are connected to Tam's work with the World Health Organization, which has come under suspicion for basing its guidance on how to respond to COVID-19 on reportedly false information from China about the emergence and spread of the novel coronavirus there. "Dr. Tam must go!" he wrote. "Canada must remain sovereign over decisions. The UN, the WHO, and Chinese Communist propaganda can never again have a say over Canada's public health!"

We're not sure who Dr Tam works for but we are sure who Post Media News works for. They run full page ads from the Communist Party of China all the time. The Canadian News industry caters to their corporate sponsors. We also know who Justin Trudeau works for. He's in bed with Communist China because he wants a seat on the UN's security council at a time we should be withdrawing from the UN because of it's defiant Communist agenda. It's not his money. 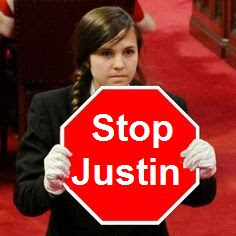