Canadian scientist arrested in 2019 for sending lethal viruses to Wuhan 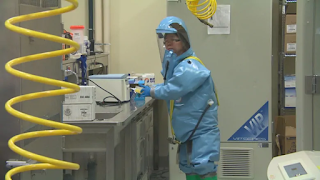 In 2019 CBC reported that "A Canadian government scientist at the National Microbiology Lab in Winnipeg made at least five trips to China in 2017-18, including one to train scientists and technicians at China's newly certified Level 4 lab, which does research with the most deadly pathogens, according to travel documents obtained by CBC News."

"Xiangguo Qiu - who was escorted out of the Winnipeg lab in July amid an RCMP investigation into what's being described by Public Health Agency of Canada as a possible policy breach - was invited to go to the Wuhan National Biosafety Laboratory of the Chinese Academy of Sciences twice a year for two years, for up to two weeks each time."

January of this year BESA reported that "The scope of the 2019 incident involving the discovery of a possibly serious security breach at Canada’s National Microbiology Laboratory (NML) in Winnipeg is much broader than the group of Chinese virologists who were summarily evicted from the lab. The main culprit behind the breach seems to have been Dr. Xiangguo Qiu, an outstanding Chinese scientist born in Tianjin."

"Ever since 2006, she has been studying powerful viruses—Ebola most of all—at the NML. Both of the viruses that were surreptitiously shipped from the NML to China were studied by Qiu in 2014 (as well as other viruses, including Machupo, Junin, Rift Valley Fever, Crimean-Congo Hemorrhagic Fever, and Hendra). But she paid greatest attention to Ebola for the entirely legitimate aim of developing effective prophylaxis and treatment for the infected."

So it appears that Great Game India was right. China stole the COVID-19 vaccine from the Americans but they stole the virus from Canada. This means that the next chemical weapon from China could be Ebola which has a 80% fatality rate. We need to leave the UN now.

Update: The Communist controlled mainstream media is claiming that China didn't steal COVID-19 from the Winnipeg lab they stole Ebola and Henipah viruses. GMAFB. The Scientist reported that "Canada’s National Microbiology Laboratory shipped Ebola and Henipah viruses to Beijing on March 31, raising suspicions from experts in biochemical warfare, who say they think China may use the pathogens to develop offensive biological agents."

They made several trips to China including the Wuhan lab and they were caught sending them Ebola and Henipah. That does not mean they didn't send Wuhan COVID-19. Video clip. 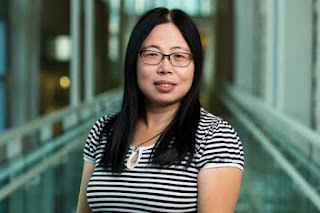