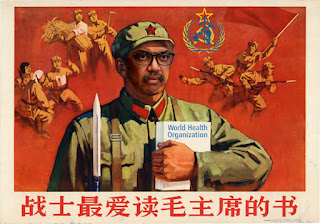 I'm going to speak on vaccine hesitancy. It turns out a lot of people are talking about this as there is a high percentage of people in Europe that have concerns with vaccines. You can't really blame their inherit mistrust of the government. Historically they went from Hitler to Stalin.

I was somewhat surprised to read that 20% of parents in Toronto have concerns with vaccines. Although I don't personally share those concerns I do emphatically believe that vaccines should always be voluntary. End of story. Forcing people to be vaccinated against their will is Orwellian.

Recently TBM sent me a video of a guy getting vaccinated against this will in the United States. They said we don't think you are of sound mind to make your own medical decisions. Oh really. Well who the f*ck are you? You have no right to make that kind of a declaration over something so trivial. Denmark is talking about coming to your house with the police and forcing you to be vaccinated. WTF?! That isn't just wrong. That is from outer space.

Governments are elected by the people for the people. Nobody likes or trusts politicians because they are inherently dishonest. That is why governments need to remain accountable to the people who elect them and pay their wages. CBC is reporting that "Health Canada, the World Health Organization and a vast majority of health experts consider vaccinations a safe and effective tool at preventing the spread of harmful illnesses."

First of all, don't even quote the World Health Organization. We don't give a f*ck what they think. Given their history, whatever they tell us to do, we should do the opposite. The Director of the World Health Organization is not a medical doctor. He was a leader in a violent Communist paramilitary organization and has an agenda to promote that has nothing to do with making people healthy. Likewise, Health Canada is deeply connected to the pharma fraud. Their advice is in a conflict of interest.

It's like Vancouver Coast Health in the DTES. They do not promote health, they do the opposite. They promote addiction for the same reason the WHO is promoting pandemics - to give themselves a reason to exist and a reason to embezzle tax dollars.

OK so lets briefly touch on the reasons for vaccine hesitancy. One concern is autism. Google is obviously burying all the antivax articles in their search results and the provax articles are written by those in a conflict of interest. I knew a young woman from Arizona. She got married, had kids and brought her family up to visit. Wonderful family with several children. Two of the children had autism. She told me they got it from vaccines. I was somewhat shock as I had never heard about that before. Both kids weren't autistic before being vaccinated and both became autistic after the vaccination I asked? She said yes. Now I have no way of confirming that. She was not political. She was not on a campaign. She just said it as a matter of fact.

In Kenya, one doctor alleges that the tetanus vaccine was spiked with an abortion causing drug that resulted in forced sterilization as a form of population control. Kenya’s Catholic bishops claim it effected 2.3 million girls and was administered by the World Health Organization. The same group we should stop funding and stop listening to.

There are a lot of people out there that think mandatory vaccines are part of a future genocide and that Bill Gates is tied to it. I personally find that hard to believe as I fail to see his motive. However, anything coming out of the World Health Organization is far less trustworthy because of their undeniable ties to revolutionary Communism.