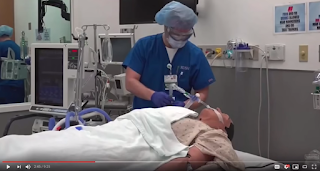 One Youtuber pointed out that one of the sensationalized news reports coming out of New York used a manikin in the video. If you start at 2:06 of this video you will see them show video footage of a video on a manikin. He zooms in and you can see the fake hair. 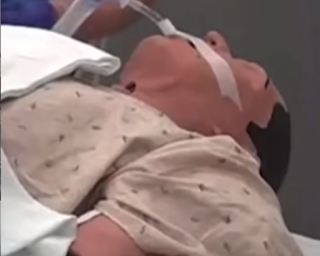 There is a sign on the wall that says No Food or Drink near the manikins and or test trainers.

Putting the clip in context, at 2:37 of the original news video the news report is talking about ventilators and shows one being tested on a manikin saying they need more ventilators. So although it doesn't say this is a real COVID patient on a ventilator, it does imply it.

I have serious concerns about how the main stream media is sensationalizing the COVID reports and in the case of CBS, committing willful acts of malicious misrepresentation. There are even pictures floating around of the same child dying in two different countries.

I believe the MSM is sensationalizing the pandemic to boost ratings but also to feed the frenzy and mass panic. With all the media mergers the owners of the media outlets set out to fulfill the agenda of their corporate sponsors, which IMO ultimately leads to Corporate Communism.

A lot of different people have been sending me links to videos by David Icke. I'm sure there are several things he and I do agree on. However, the fact that he believes that a reptile race is trying to take over the world, it makes it virtualy imposible for me to listen to him. IMO that position kills any credibility he might have on other issues. I like to balance the extremes.

I do believe the Coronovirus is real. I just believe the media is blowing it totally out of proportion. During any recession we should be striving to boost consumer confidence not send everyone into a mass panic driving that recession into a deep depression. The Corporate Communists want us to go into debt because we are going into debt to them. We are giving them power and control over us. We are signing over our freedom and civil liberty to them in the process.

I don't think CBS made an editing error when they used video footage of an overcrowded hospital in Italy claiming it was in Donald Trumps home town. The media was trying to exaggerate the situation in New York. They'd show long lines of people outside waiting to get in while locals would go there and take a video of the same hospital showing no line ups.

CNN Fake News is now reporting that "New York Gov. Andrew Cuomo said Monday the number of coronavirus deaths has been effectively flat for two days, adding that the 'total number of hospitalizations are down, ICU admissions are down and the daily intubations are down. Those are all good signs and again would suggest a possible flattening of the curve,' he said."

Big surprise. As soon as locals start posting videos of the same hospitals the media claimed had long lines with no lines, the governor says admissions are down. No kidding. "But we get reckless," the governor warned, "we change, we're not compliant on social distancing, you will see those numbers go up again." There's the motive. Stay home everyone or the lines will get back to being as long as when we faked them. I don't think so.

Even if the US COVID-19 fatality rates makes it to 100,000 like they're forecasting, that would only be 20,000 more than the number of people who died from the flu in the US last year. I hardly think that was worth a lock down crashing small business and our free market.

COVID-19 is very real and is highly contagious but it's not nearly as dangerous as everyone is pretending it is. Get it, get over it and go back to work. That is what we should have done. We can't shut down all our small business every winter with each new flu virus.

The year before last the flu had a 10.8% fatality rate. COVID-19 has a less then 2% fatality rate and those numbers are high because most people get the virus and recover without being tested and they are claiming people who died in the hospital died of COVID-19 even though no test was performed. That's fraud. We need to face it and rise above it. We don't need to give up our civil liberty and our free market because of it. This ties in with Bilderberg.

The Communists will starve you and lie to you. That's what Chairman Mao did. They'll say look at those fat cats over in Bilderberg. You're starving and look at their greed. That's not right. We need to rise up and take what they have. Not. The people that are telling you that are working for Bilderberg. They are the ones starving you and making you poor.

They con the poor people to rise up and fight for them so that Bilderberg can have complete control over everything. Mark my word, there is no social justice on their agenda. They want to con you into giving up your civil liberty and your financial independence. They'll even use the main stream media to convince you. Buyer Beware: Bilderberg and Communism are one. 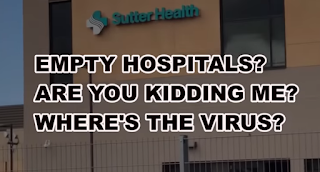