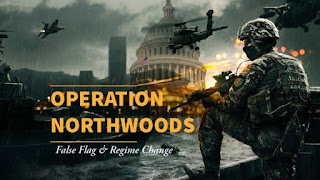 Communism supports gun control so it can commit mass murder and Communism uses lies and deceit to convince people to help them remove individual rights. The question is how far will they go to lie and how deeply have they infiltrated the intelligence community to help them accomplish their dark agenda? The question really is, do you really want to know?

Most people don't want the truth simply because they can't handle the truth. Isaiah saw our day when he said the people said speak not unto us right things, speak unto us smooth things, prophesy deceits. Don't tell us the truth. Tell us what we want to hear. Tell us lies.

For years the CIA has been deeply involved with drug trafficking. Gary Webb was right. Iran Contra never stopped. At the time the CIA claimed the end justifies the means. They claimed they were selling drugs to raise money to fight the communists. Only that was a another lie since lying is their MO. In Iran Contra they were selling arms to both sides to make money for the same reason Stalin told Poland to launch an attack on Hitler.

Likewise, the CIA arms both sides of various conflicts so they have less resistance when they take over. McCarthy may well have been extreme but he was right about one thing. Communists have taken over the CIA. Corporate Communists. This is where the fat cats of Bilderberg hijack social justice and crush civil liberty.

9/11 was an inside job. The CIA approved the Saudi passports. That is a historical fact. Operation Northwoods was real. No conspiracy theorist made that up. That declassified document is treason on paper. Deception is their method of operation. Murder to get gain.

When we look a the UN's dark agenda of globalism, we see that the CIA is actively involved with it. That is why the media is so aggressively promoting it. The media prints whatever press release the CIA sends them. The CIA isn't fighting China, the CIA is in a bidding war with China because they want to be the ones in control after civil liberty has been destroyed.

This leads us to the recent mass murder in Nova Scotia, my mother's home. Gabriel Wortman did not kill 23 people. He did not make a fake RCMP car and steal a RCMP uniform. There was more than one shooter and Gabriel Wortman was not one of them. This mass murder was beyond CSIS. CSIS provided the explosives for Air India but this calculated conspiracy was conceived by foreign intelligence. It was too well orchestrated for CSIS.

I'm not saying these murders didn't happen. They did. I'm saying that Gabriel Wortman did not kill them. He had no motive. That is what I am saying.

What did people see? They saw someone dressed as a RCMP officer driving a RCMP police car shoot a bunch of people. That is what people saw. They claim Gabriel Wortman, a mild mannered good Samaritan denturist snapped and somehow stole a police car and uniform to go on a mass murder rampage. That does not make sense. There is no motive. Justin Trudeau's subsequent drive for more gun control is the only motive. This is part of the UN's dark agenda of globalism.

Now they claim Gabriel Wortman bought a used police car at an auction and put new police decals on it. No he did not. Where did he get the decals and the uniform from? That is ridiculous.

Did he have a firearms license? Yes or no. Answer the f*cking question.