Premiers oppose Justin's use of the emergency act 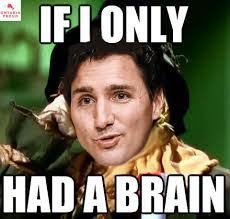 CBC is reporting that "The Council of the Federation can be divided on partisan and regional lines, but yesterday Canada's 13 premiers came to a quick consensus on a key message to the federal government: don't push the Emergencies Act on us. On Thursday, the federal government sent a letter to provincial and territorial governments consulting on the never-before-used act, a necessary step if Ottawa wanted to pull the trigger on declaring a public welfare emergency amid the COVID-19 pandemic. 'This whole idea of the letter was pretty quickly shut down,' said one source close to the talks, speaking on the condition they not be named."

"BC Premier John Horgan - whose province has shown progress in flattening the curve of its coronavirus outbreak - was so angry he used an expletive and called the ordeal a waste of time, said sources." Exactly. It would a a giant leap in the wrong direction. It would be Orwellian. 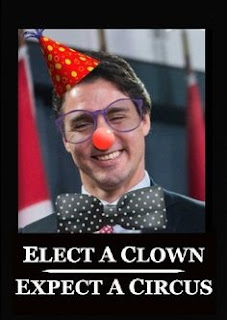 We pay this clown's wages. He works for us. He needs to do as he's told or his frail minority government will fall. Andrew Sheer got more votes than Justin Trudeau did. He needs to remember that. I didn't vote for Justin Trudeau I voted for Andrew Sheer because he was a voice of reason among a circus side show of extremism. Peter MacKay is just another circus freak.

"On the call with the prime minister, Saskatchewan Premier Scott Moe, chair of the Council of the Federation, questioned why the federal government keeps raising the act, which the provinces consider a non-starter." Exactly. There is no justification for it other than the UN's original objective to crush civil liberty. This is why we should withdraw from the UN. Justin Trudeau is a freak. He wants a civil war. We'll show him the rocket's red glare alright. Fire him.