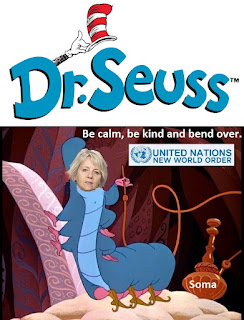 I wasn't going to say anything about this but something needs to be said so I will. As of midnight tonight BC will be dropping the mask mandate and as of April 8th they will be dropping the Vaccine Passport. They should do it April 1st because the whole thing has been a complete joke.

Bonnie Henry is the anti Christ. We have all seen how one unelected person has been given far too much attention and power and we need to make sure this never happens again. Bonnie Henry used to work for the World Health Organization. In fact, she still does. The World Health Organization does not promote heath. It's just a front for an insane agenda that has robbed us and oppressed us for far too long. We need to cut funding for all their bio labs.

Now that all the adults realize Bonnie Henry is a complete idiot, she has started writing children's book. Her latest is Soap and Water and Common Sense by Dr Seuss. 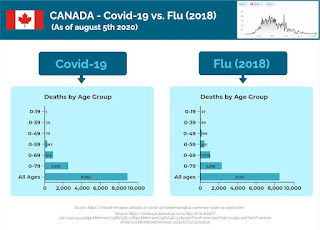 While I'm here I will say a word about spooks and trolls. We have had our share of both on this blog over the years and it's time to move forward. Trolls are just dog sh*t. They're toxic. They lie, insult and false accuse. They represent a damned soul in hell. Someone who is desperate to find someone who will believe their lies knowing full well the day will come when all lies will be revealed and they will be forced to crawl back into the darkness looking for others it can deceive.

Spooks are worse. There's a method to their madness. When I was growing up a Narc was the lowest form of life known to man. They would pretend to be your friend, smoke your drugs and bust you for doing what they just did. I never smoked pot in high school but like most others, I had a friend who sold pot. He wasn't affiliated because back then you didn't have to be. There was a free market. My point is that a narc would pretend to be something he wasn't - your friend. As far as we were concerned that was the lowest form of life known to man.

The same goes for spooks - people who work for the CIA. Gary Webb was right. Operation Fast and Furious showed us that Iran contra never stopped. The CIA oversee the largest drug trafficking network in the world. From the opium in Afghanistan to the crack in Los Angeles and the heroin in Lebanon, they are involved in all of it.

We know CSIS and the CIA send agent provocateurs to create violence at protests to discredit the cause. We see them do the same thing all over the internet. Only that's not all that they do. They also try to befriend just like a Narc does with the sole intent of leading the movement astray. That's what Q did. Fool me once, shame on you. Fool me twice, shame on me.