1.5 tonnes of NB cocaine was destined for Ontario 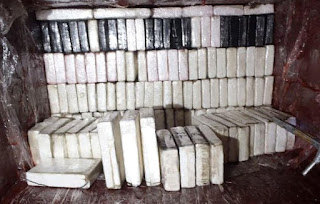 The Toronto Star is reporting that "A Brantford man who runs a heavy equipment repair business has been charged in a massive cocaine importing bust that has allegedly taken almost $200 million of the drug off the streets of the GTA. The arrest was announced by the Canada Border Services Agency and the Royal Canadian Mounted Police this week, almost a month after 1.5 tonnes of cocaine was seized by CBSA officers in Saint John, N.B. The shipment was destined for a heavy equipment business in Brantford, authorities said."

"Authorities didn’t say which crime groups were involved in the smuggling operation. The cocaine was travelling a winding route from Costa Rica, through Colombia, Jamaica and the Dominican Republic inside secret compartments in a large piece of machinery, authorities said."