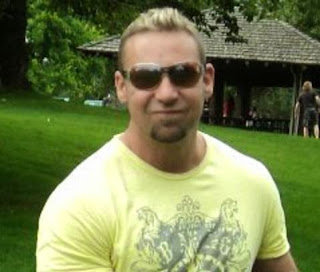 Sadly it appears the rumors are true and that Jay Hall, former president of the Renegades, was the one who was shot and killed in Prince George on Sunday. I am pissed. This is yet another case in a long list of Hells Angels f*cking over their own. When you look at his pictures on facebook, he sure doesn't look like a meth head. When you see his pictures with his daughters it is clear he was a good man. Jay said "scared of only 2 things in this world....my late old man Jim...and of my precious girls going out on there first date...but we cant stop time only stop when we need too." Jay was a man who loved his daughters and their mother.

Ironically enough he was shot dead outside the church Billy Moore's funeral was held in. Another local who was liked and respected the Hells Angels murdered. Let's not forget Joey Arrance who also fell out of favor with the Hells Angels and ended up dead. After they burned down his girlfriend's home and killed her wheelchair bound mother. F*ck the Big Red Machine. 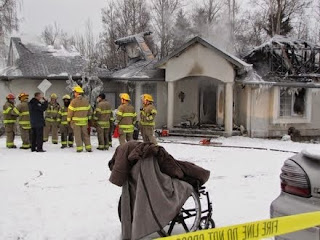 For those who aren't local and don't realize, Billy Moore was a previous president of the Renegades which was a puppet club that sold drugs for the Hells Angels in Prince George. Billy Moore wasn't an informant. He and Cedric Smith unknowingly sponsored one. For that crime he was shot in his truck outside his home which was burned down after a Hells Angels drug bust connecting Prince George to the Vancouver Hells Angels. Cedric Smith simply disappeared and was never heard from again. Cedric Smith and Vancouver club president Norman Krogstad pleaded guilty to 11 counts of trafficking nine kilos of cocaine and were sentenced to four years in prison.

When asked about Billy Moore's death, Hells Angels spokesperson Ricky the fat ass liar Ciarniello said the Hells Angels were shocked by his death and said it was a sad thing. Ricky Ciarniello's involvement with the Devil's Butler was a sad thing. In chapter 7 of my eBook I explained in detail the court wire taps recorded in Simma Holt’s book on the matter. It was deranged. All of Ricky's pals in the Satan's Angels that later became the Vancouver Hells Angels were all convicted of those deranged acts. 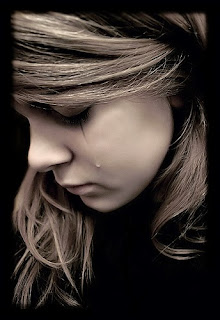 When I look at the pictures of Jay with his daughters I'm blown away. His daughters obviously felt comfortable in his presence. Kids can't fake that. It reminds me of Chris Whitmee's daughters' victim impact statement. Kim Bolan reported it May 16 2012 on the third anniversary of her father's murder. His daughter was nine years old when her father was murdered and was 12 years old when she wrote the following statement:

"I’d like to talk about how my Dad won’t be there for my thirteenth birthday, my sixteenth birthday, my graduation or my wedding, He won’t be there to buy me my first car and teach me how to drive it. I have to miss out on a lot of things that most kids don't even have to think about because someone else's decision to go out with a gun that night."

"I just wish that everyone would know that I think of him every single day. I miss him every single day. Whoever did this to my dad and to my family is out there somewhere just living their life like everyone else… maybe even having fun times and doing things with their own kids, and it’s because of them that I’ll never get to do that again with my Dad. I don't want anyone to have to go through what I'm going through. I want to know that the person who stole my dad from me is locked away, and I want to be able to not wonder every day who and where this person is.”

It reminds me of Geoff Meisner's daughter. She was sad when she woke up Christmas morning because she didn't get what she wanted for Christmas. Her father was missing and she just wanted to have him back for Christmas. That wish never came true. A year after his disappearance his wife admitted in court he was involved with the Hells Angels.

You have to be pretty heartless to do that to little girls and the Hells Angels are exactly that - Heartless. Their greed has removed their conscience. The only time they pretend to have a conscience is when they get bad press. There was no need to kill Jay. None whatsoever. The deranged prison beating was way over the top all on it's own. Now we realize that contracted assault was an actual attempted murder. That is why they were stomping on his head over an over again. Yet he survived and there was absolutely nothing noble about hitting him in the head from behind with a make shift weapon then two guys giving him the boots when he was on the ground. It was a cowardly act and it was a deranged act. That much is clear. 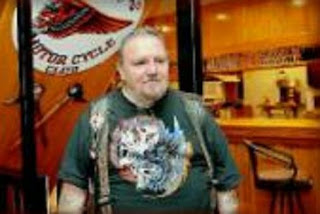 Rainbow Ricky was leading the Gay Pride parade in Nanaimo. The front position is reserved for the president. The Sergeant at Arms keeps everything in line at the rear. For Rainbow Ricky to admit he was leading the Pride Parade when they refused to be pulled over by the police that means he is a high ranking member of that criminal organization not just a spokesperson.

Why do I think Ricky Ciarniello was directly involved with contracting Jay Hall's murder? Because he was the one that freaked when Kim Bolan and the Gang task force caught Stephen King wearing a Renegades Rocker when he was president of the GTS. That destroyed their plausible deniability. The whole purpose of creating all these brainless puppet clubs to sell drugs is so the Hells Angels can deny their involvement. When Stephen King was caught striking for the Renegades when he was president of the GTS it proved the GTS were selling drugs for the Hells Angels and that they weren't a rival as we first thought. Ricky Ciarniello was so pissed Stephen King had to run for his life and ended up joining the Rock Machine. There is no way the Hells Angels would contract a murder in Prince George without Ricky Ciarniello's approval.

In 2005 under Project Essen it was clear that the Vancouver Hells Angels were in charge of the Prince George drug trade. Kim Bolan reported that the Vancouver clubhouse was listed in Ricky Ciarniello's name. I submit that there is no way Ricky Ciarniello was not involved with contracting Jay Hall's murder and since they control the drug trade in Prince George they are also responsible for the torture chambers the police found in Prince George where drug addicts were found chained in crack shack basements and tortured for drug debts. The Devil's Butler revisited.

We need to stop the violence. The only way we can do that is by confronting the lies. History repeats itself until we learn from it. March 24th is the 30th anniversary of the Lennoxville massacre. Lest we forget about Skeletor's first stolen motorcycle.