4 Shootings in Surrey, make that 6 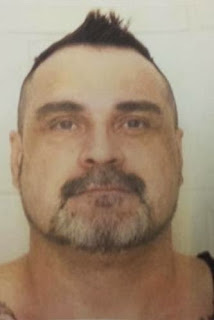 Update: In today's Vancouver Province they gave a break down of some of the shootings. The shootings appeared to be on the Indo Canadian community which would imply retaliation for the shooting of a Hells Angels associate last Friday, Skeeter's brother. The two new shootings would appear to support that theory.

However, I do have a credible source that claims Donald Salahub, the person of interest in Skeeter's brother's shooting, was with the FOB in Calgary when he was charged with drug trafficking there. The reason that is significant is because the FOB or Fresh off the boat were supplied by the Independent Soldiers who work for the Hells Angels. It was the FK, FOB Killers that were supplied by the UN. So when it comes to Skeeter's associates, with friends like that, who needs enemies? It reminds us how Hells Angels associate Eric Sandberg told a police agent from the Zig Zag Crew visiting Vancouver that "they" were ready to wipe out all the competition in Surrey. Evidently so.

Today's Province reported that Linda Hepner, the new mayor of surrey was unavailable for comments because she's away on a "trade mission" in Israel but someone said she was very concerned about all the new shootings and hoe someone doesn't something about it finally. Bill Fordy said he's making it a top priority right as soon as he straightens out the embarrassing sex text his co worker sent the whole grip instead of just him. Ya gotta hate it when that happens. Bill Fordy is a clown. He's to worried about getting laid to care about his job. TRANSFER!

*Scan BC is reporting that #Burnaby #RCMP are investigating shots fired between two vehicles on 6th Street. Reports of at least 50 shell casings on the ground. Things are heating up again.