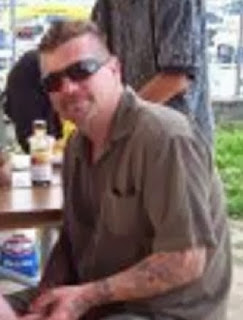 After getting out of jail for running a huge stolen car bike and boat ring for the Kelowna Hells Angels, Johnny Newcome has been arrested for assaulting his ex. Just like Don Lyons and Donnie McWhirter. Looks like the Kelowna cists are all a bunch of woman beaters. Castanet is reporting that Johnny was in court last Friday and was found guilty of an assault Crown states took place at 3 a.m. on July 26, 2014, at the home of his ex-girlfriend in Peachland. CSO database states it is a K file which means domestic. Looks like Johnny hasn't been good.