Shooting at the border 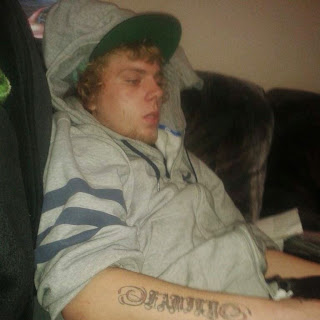 The Belingham Herald is reporting that a US Border Patrol agent has shot and killed a man on a road 300 metres from the US-Canada border near Sumas. The Vancouver Province is reporting that the person who was shot is Jamison E. Childress from Prince George who was wanted for murder. The Fort McMurray today is confirming that he was wanted for the murder of Brando Walker in Calgary. The news report claims the police shot him after he sprayed a border agent.

The Calgary Herald is confirming that the police were in the process of obtaining a first-degree murder charge for 20 year old Jamison Childress in 18 year old Brando Walker's murder. They are also reporting that three others have now been charged in that murder as well. Dylan Steven Cameron, 20, is charged with manslaughter, and 21-year-old Chad William Gosselin is charged with accessory to murder. A 15-year-old boy, who cannot be named, is facing second degree murder charges.

Posted by Dennis Watson at 6:45 PM