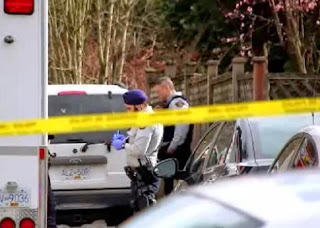 1130 News is reporting that shots were fired at a home at 95th Ave and 126th St around 2:30 this morning. The same house that was targeted on March 12th. That makes for 7 shootings in Surrey since Skeeter Russel's brother was found dead in Surrey February 27th. There was an additional shooting in Burnaby as well. The Mission City Record is also reporting that a woman was inured last Wednesday when shots were fired into a home in mission.