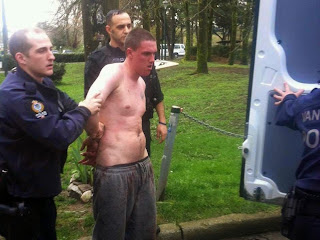 The National Post is reporting that "a woman was taken to hospital with serious injuries Thursday following a violent sexual assault in Vancouver’s Strathcona neighbourhood."

"A man armed with a weapon entered a home and confronted the woman inside, according to a Vancouver police report. The suspect, who was not known to the woman, then attacked her, tied her up and sexually assaulted her. A witness heard the woman screaming and entered the home, where a struggle ensued and the victim was able to escape. The witness then held the suspect down as other Good Samaritans came to help and nearby officers took the intruder into custody."