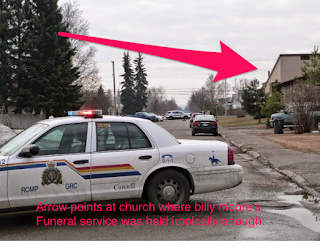 There appears to have been a shooting in Prince George this morning. CKPG TV is reporting that Prince George RCMP are investigating what officers call a “violent offence” at the corner of 5th Avenue and Gillett Street around 10:30 Sunday morning. A man who was rushed to the Hospital with life-threatening injuries. Foul play is suspected. I'm not going to comment on the speculated identity until it's officially released by IHIT.

250 News is reporting that the 45 year old victim of yesterday’s shooting has died.