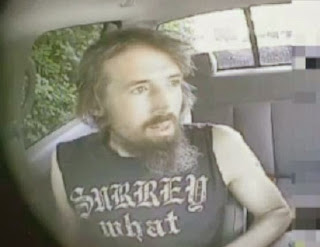 Finally the Vancouver Province puts out one article on the John Nuttall entrapment case that has a glimmer of truth. The Province reported that aside from being a drug addict, John Nuttall was unemployed, played war games on his laptop and may have been developmentally delayed.

Nuttall performed various tasks for the undercover cop, including delivering packages, (gee what was in those packages?) being paid hundreds of dollars and receiving gifts. Nuttall watched another undercover cop count $20,000 in a hotel in Richmond. This information fits in with the claim that the undercover cop was putting pressure on the drug addict to come up with a plan so he could video tape it. He was told they had spent a lot on money on him and Mr. Big expects him to come up with a plan. They were afraid for their life.

Wiretap evidence already submitted heard John tell his girlfriend to be careful because this guy could go from being Mr Nice to a monster real fast and that they were expendable. They genuinely thought some crazed terrorist was going to kill them if they didn't impress him and do what he wanted. That's why his 80 year old grandmother moved out right before he was arrested.

John had told the under cover cop a tall tale about his friend claiming that his friend had been attempting to join a terrorist group in the Sudan. In reality that was not true. Instead of being in the Sudan, the friend was in fact employed at a pancake restaurant in Surrey. This is what makes Mr Big stings problematic. There is no way of knowing that the suspect isn't going to make stuff up just to impress Mr. Big. It is highly relevant.

The Vancouver Province reported that under questioning from Nuttall’s lawyer, the cop said he couldn’t recall a meeting of the investigation team at which officers discussed ensuring the scenarios took into consideration that Nuttall might be developmentally delayed. Oh really? You weren't present when one of the agents said we have to call this thing off. These two couldn't plan a bag lunch. You weren't present at that meeting or you don't recall being present at that meeting? Which is it? When evidence shows you were present that implies you are now committing perjury.

Did you catch the news article about CSIS giving aid to ISIS? The story has been confirmed by CBC and the Guardian but not a word in the local press about it. Clearly, the press is not free.