Beyond the Edge: Climbing Mount Everest 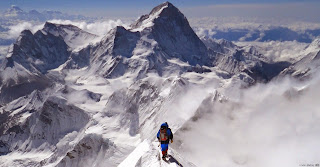 Two weeks ago I watched an inspiring documentary about the first successful ascent up Mount Everest called Beyond the Edge: Climbing Mount Everest. The movie was made in 2013 with actors and documents the 1953 expedition which resulted in the first team to make it to the summit. It's pretty impressive. Although I saw it on Netflicks there appears to be a 3 D version for Imax that both the Globe and Mail as well as the New York Times discussed when it came out. 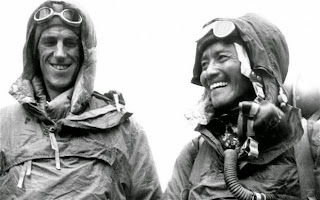 Although it was a British Expedition the only ones that made the summit was a New Zealander and a local guide. No doubt it was very much a team effort with local Sherpa paid to carry gear up to the various base camps along the way. Yet going the distance and ascending the summit was indeed a grueling and colossal feat. Hat's off to Edmund Hillary and Tenzing Norgay. Mad harsh respect. It appears that they knighted the New Zealnder to make him sound British. He's referred to as Sir Edmund Hillary now. He was noble before the Crown gave him the title. What about Tenzing Norgay? Why didn't they knight him? He did the same feat and one could not have made it without the other. Mad harsh respect to Shriya Shah-Klorfine, a Canadian woman from Toronto that made it to the peak of Everest but ran out of oxygen and froze to death on the way down. Peace. 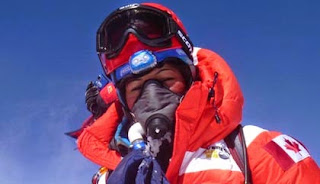 Now another challenge is the wait time for traffic from all the people climbing it. That kind of thing is somewhat beyond me. I have a passion for hiking and snowshoeing in the local mountains but I'm just a day tripper. Power up a ridge get an awesome view then head home. That kind of altitude where you have to carry oxygen is beyond me. Everest is over 29,0000 feet or 8,848 m. The local peaks are around 4720 feet or 1440 meters. The lions is only 5400 feet or 1646 meters. Mount Baker is the nearest glacier and that's only 10,781 ft or 3,286 m. That's plenty high enough for me. I still haven't made it to that summit. I keep running out of steam part the Roman Wall. The summit of Baker really is an over night hike. 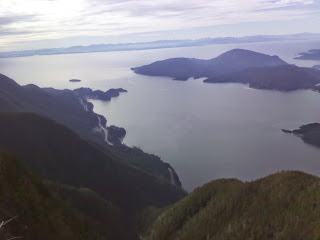 After watching the documentary the next day I headed out to St Mark's Summit on Cypress along the Howe Sound Crest trail to check out the receding snow pack. The trail was bare until the summit of St Marks. Tons of people there from all over. Two large groups speaking Farce. Two couples speaking Russian. It's nice hiking with so many people from all over the world that share the same interests. My next quest is to do the Lions when there's still snow on them.

I'm nobody special. I'm just a broke ass thug from the ghetto who likes to get away from the inner city insanity and chill out in the mountains. At least I read the rules before I broke them. I rather lose a fight then miss the war. I never dwell in the darkness because the sun always rises. Word.

K2 is insane. It's way too dangerous.