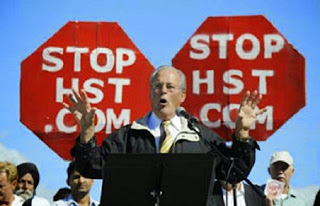 CKNW is reporting that "Supporters of the Lower Mainland’s proposed transit tax now have the backing of the Vancouver Police Department, New Westminster Police, and fire chiefs from New Westminster, Surrey, and Vancouver." Talk about George Orwell. This is a huge political conflict of interest. We have just entered the Twilight Zone and officially ushered in the Age of Treason.

Last election the Surrey Fire Department sent out a flyer endorsing Surrey First claiming Surrey's Worst will help fight crime when that is exactly what they promised in the previous election but failed to deliver in a colossal way. Their criminal negligence in refusing to respond to businesses and citizens complaints of open drug dealing in Newton and an illegal booze can behind Green Timbers Pub directly resulted in two if not more homicides. The same pattern repeated itself.

The Fire Department are paid with tax dollars. They have absolutely no business endorsing any political candidate in an election. Period. Neither do the Police. This is a colossal conflict of interest that we let slide by without comment. Are they going to endorse the HST next? Obviously the tax and spend gluttons are desperately putting pressure on anyone they can think of since it is clear the people have woken up to the scam and the No side has surged forward. This has resulted in a surge of propaganda paid for with tax dollars. 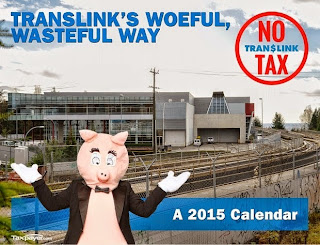 There are two issues on the table. The first is tax paid propaganda. The second is political corruption and pork barrel tax and spend politics. The propaganda perpetuates the lie that they somehow want to be fiscally responsible and reduces taxes when they in fact they do the exact opposite. They keep using tax dollars to tell us over and over again the other guys will tax and spend when that is exactly what they are doing. It is an act of deception. 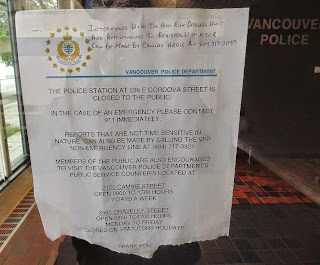 Police response times have not gone down in the DTES. The City closed the police station there to the public to suppress crime statistics. The drug dealers have cell phones but the homeless don't. The drug related violence there is out of control just like it is outside the Front Room in Surrey.

I find it somewhat ironic that the VPD would publicly endorse a criminal act. Giving SNCL the contract for the Evergreen line knowing their history of fraud was criminal. By endorsing this new Transit scam the VPD and the firefighters are endorsing the criminal acts of SNCL and the continuation of that tax payer fraud on the new Evergreen Line. Shameful and Orwellian.

Gwyn Morgan got the contract for the Evergreen line awarded to SNCL when he was acting CEO after they were charged with massive fraud in Quebec. If that is not a criminal act, I don't know what is. The World Bank has banned SNCL from World Bank projects for the next 10 years so we give them billions of tax dollars for a mismanaged Translink project and they still want more money to line their pockets. Go figure. That is bad business.

The VPD and the Fire Department have now publicly endorsed the laundering of tax dollars through SNCL. Hello George Orwell. Welcome to the Age of Treason. No oath keepers here.

Government agencies have no place telling tax payers how to vote. The government is supposed to listen to voters not tell them what to do. This is big brother abusing power. Make sure you're on the voter list or you won't even get a ballot. They made it a mail in ballot to reduce turnout so you can't just show up on voting day with ID. You can make sure you're registered on the Elections BC web site or by calling 1 800 661-8683. Any Canadian citizen 18 or over can vote.

Posted by Dennis Watson at 1:03 PM