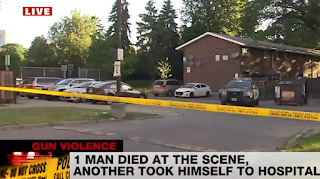 CTV is reporting that "A man is dead and another has serious injuries following a shooting in Etobicoke Friday night, Toronto police say. Emergency crews were called to the area of Scarlett Road and Scarlettwood Court, south of Lawrence Avenue West, around 10:40 p.m. Friday for reports of someone being shot. When they arrived, officers located a man suffering from gunshot wounds. Police said he was pronounced deceased at the scene. A second victim walked into a hospital with gunshot wounds, police said. He has serious injuries."

The homicide unit is investigating but Justin Trudeau is reducing the minimum sentences for gun crime. Kinda makes you wonder which side he's on. Well I guess no one is wondering any more. 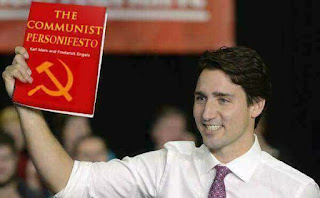