Love is Love but is it really? 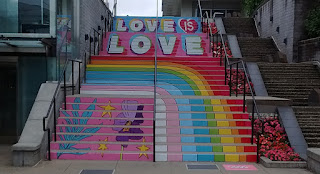 OK so today I rode over to Guildford Mall and notice they painted a rainbow mural on the stairway beside the water fountain. Personally, I find it offensive and I'll tell you why. I understand the original intent. I just disagree with the absurd direction extremists are now taking it.

Originally it meant if a lesbian, gay, bisexual or transgender couple are in love, then so be it. I get that. I totally support LGBT. It's simple, straightforward and I can understand it but that is where I draw the line. It's the alphabet soup I have a problem with and I'll explain why.

Yet that is exactly where the rainbow flag and the alphabet soup are trying to take us. They are trying to normalize the abnormal. What consenting adults do behind closed doors is their business. The key words are consenting adults. Giving sex ed to kindergarten children is child abuse. If an adult has sex with a 12 year old boy or girl, that is not OK. That is not love. It's not even lust. It's a deranged perversion that needs to be stopped. 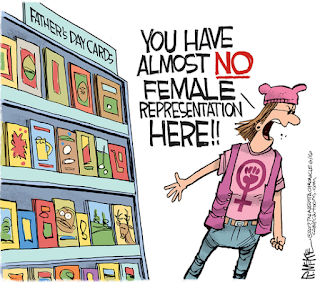