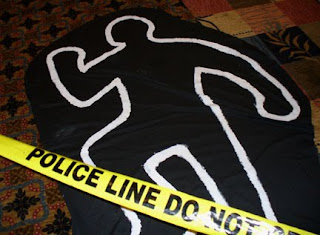 Chu, who braved a wave of anger from Eastside residents Oct. 8 about Ashley Machiskinic's death and mounting violence against women by drug dealers, promised the Guardian Project will hold regular "town hall meetings."

The project also has set up a phone tip line at 604-215-4777, which will be staffed by E-Comm "female civilians" but offer anonymity to tipsters.

Sharon Strongarm, Ashley's step-grandmother said "I know that in the city people are afraid to speak up because they're scared of the gangs and drug dealers, but if I knew about a death, I would speak up.

Why are people so afraid to speak up? In the Town Hall meeting at the Carnegie Centre people claimed they didn't trust the police in East Van. Some claim they had reported incidents in the past but the police didn't act on them.

I see two problems. One is the gang that the drug dealers sell for. "The Boys" are cruel and people are afraid to speak out. The other problem is public trust in the police.

When we saw the police officer push the disabled woman to the ground on the security camera video we were shocked. We were also shocked that the other police officers did nothing and thought nothing of it. Residents were interviewed and said they were not surprised because they see that kind of thing happen in East Van all the time.

We were shocked when we heard the VPD gave the boots to a guy when answering a domestic abuse call. They made a mistake and got the wrong door which means they beat up the wrong guy. Yet even if it was the right guy, reasonable force means you stop someone from beating someone not you give someone the boots and punish them for beating someone after you have stopped the assault. Especially if you didn't see it.

The people trust Jim Chu. I remember an East Van resident cautiously and sarcastically ask why so many of the VPD are seen socializing with members of the Hells Angels? Now that could be a complete fabrication. Yet if a police officer had to walk the beat in East Van every day, and if the drugs sold in East Van were supplied and controlled by the Hells Angels, one would think that the police walking that beat would want to make the peace with the Hells Angels so they're not in daily conflict and danger.

Project Breakpoint ended without prosecution, much to the frustration of police investigators angered by the decision to terminate a wiretap intercept warrant just days into the authorization.

If some in the VPD were concerned that the security of the Attorney Generals office may be compromised with regards to a Hells Angels under cover operation, logic would question whether or not there were also security breaches within the VPD. We know there has been within the RCMP.

Getting civilians involved in the Guardian Project is important as is confidentiality of informants. Yet we already know the problem and why people are afraid.