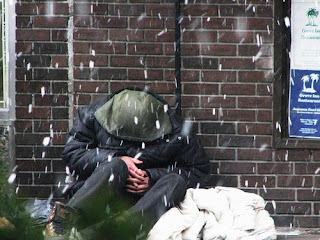 "Significant departure from Liberal government policy" indeed. Gordon Campbell's liberals are the ones that froze the minimum wage in B.C. for so long making it the lowest minimum wage in the country. Them parading around with the notion that it's time to finally raise the minimum wage is not only pure hypocrisy but smells like an election is in the works. Kinda like how Harper dropped the GST a percentage right before he introduced the HST.

That same day the paper reported that the Crown agency that provides services to the developmentally disabled has closed at least 19 group homes across the province this year, government documents show. There has been a long list of Gordon Campbell's liberal cuts for the disabled that paid for their double raise and gold plated pension. Closing Riverview was just one dirty deed among many.

The only thing that could save Gordon Campbell's liberals would be Dianne Watts. She has declined. Anything else would continue the status quo. Media reports that the new liberal leader needs to distance themselves from Gordon Campbell yet all of them are surgically connected to him and his bad policies.

Rich Coleman was quoted with some pretty bizarre nonsense about how great Gordon Campbell was that even surpassed Steven Harper's bizarre tribute for selling out the Province to the Harper HST initiative. They are all Campbell clones. Even Blair Lekstrom who resigned over the HST is an opportunist. He was just trying to save his own ass like the many conservatives that started jumping ship after the fall of Brian Mulroney for implementing the GST. Let the recalls begin.

Christy Clark was an interesting addition to the list of contenders. She has been slightly distanced from Gordon Campbell of late. Unfortunately her running for the cruel Vancouver NPA shows that she hasn't distanced herself far enough from Campbell's cruelty.

The only positive step forward for British Columbia that I can see is a coalition lead by Bill Vandersalm supported by Carol James. Everything else would be more of the same stuff just in a different pile.