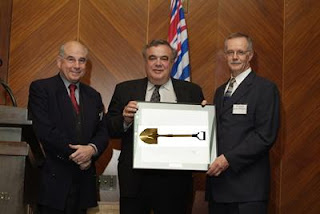 Hernandez appealed. Three judges of the B.C. Court of Appeal found the trial judge misapprehended the evidence. He made a tiny technical error about the exact coins found in his coaccused's purse.

"Even though the other evidence adduced at trial was capable of supporting the convictions of the appellant, his convictions depended upon the misapprehension of the trial judge. I would therefore allow the appeal and order a new trial." Appeal Court Justice Christopher Hinkson.

You know what this is? It's welfare fraud. Talk about misappropriation of tax dollars. These people are insane and completely out of control. Ordering a whole new trial over an unrelated tiny clerical error is a complete waste of money. How many more schools and hospitals does Vancouver have to close to pay this judge's salary?