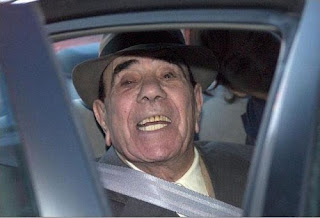 Nicolo Rizzuto, the father of purported Montreal mobster Vito Rizzuto, has been shot and killed in his own home, according to reports.

Hold the door. They guy was 86 years old. What kind of stunt was that? Murder an 86 year old man? I know his son is serving a 10-year prison sentence in the U.S. for racketeering but 86? Who are they trying to punish?

It reminds me of the young guy with a fat belly and tooth pick legs that shot an old man on video in Italy. Were is the nobility in that? 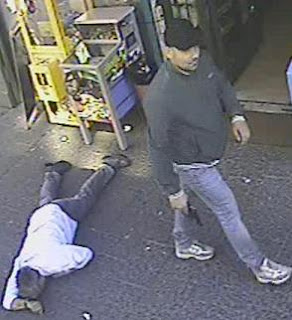 The Montreal Gazette claims that the police refer to Nicolo Rizzuto as the former Mafia godfather of Canada. Did you catch that? Former. Why kill him now when he is 86? The police considered Francesco Arcadi to be Nicolo Rizzuto's son Vito's replacement in the Canadian mafia.

Now I'm certainly not going to disrespect the Rizzuto family like I have David Giles or some of the local wanna bees we have here in BC. I'm not that stupid. Nor will I post a picture of him attending his grandson's funeral. That's not my style. But I will say this Francesco Arcadi looks like a punk. Kinda like the type of guy who would order the hit on an 86 year old man or a driver who would shoot his own boss in the back. Now that is low life. 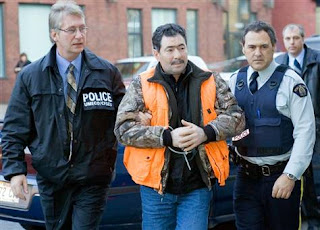 The decision to kill him in his own home, with his wife and daughter nearby, was interpreted as an intentional deviation from the Italian Mafia’s standard modus operandi for murder.

“It’s out of the ordinary,” said Pierre de Champlain, a retired RCMP organized-crime analyst and author. “It denotes to me that Nicolo Rizzuto had really become a disgrace in the eyes of the Montreal Mafia.”

Or more accurately it shows that the people who ordered the hit are dirt. They are A) not Italian or B) scum.