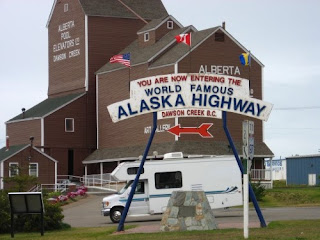 Well this is good news. Eleven people - eight males and three females - have been arrested and face charges after a three-month drug-bust investigation in Dawson Creek.

"This is the second undercover drug project to take place this year in Dawson Creek," said Cpl. James Rutledge. "The first one, which took place last spring, was a joint effort with the North District Drug Section from Prince George and successfully targeted the highest level drug traffickers in Dawson Creek."

Three cheers for the Police! Clearly not all police are bad. When we heard about the death of Natasha Dostal in Dawson Creek as well as the double murder there and the drug related violence that some claimed was connected to the Hells Angels we began to be concerned. A big gang can paralyze a small town.