Religion in the modern world 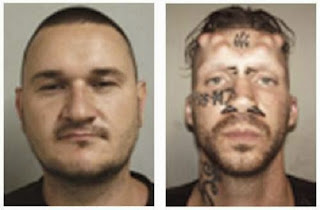 Recently I was speaking with a few parents about teaching children about religion so they can choose for themselves when they get older. How are the kids going to be able to choose if we don't teach them anything to choose from? One parent said their spouse didn't like the bible because it was written by a man. They said they can't believe anything that's written by a man. I have a hard time accepting that logic. The Constitution and the Charter of Rights were written by men. Those are inspired documents that protect our civil liberty. Clearly God can inspire men and women. Martin Luther King was certainly inspired.

It's somewhat ironic that the Hells Angels refer to their business meetings as church. Conducting business and betrayal of drug trafficking and prostitution is not godly. The top picture is of Adam Hall the Sergeant at Arms for the Pittsfield, Massachusetts Hells Angels and his co accused with devil horn implants and the number 666 tattooed to his forehead. Adam Hall has been accused of forced prostitution and of murdering a witness that was going to testify against him. His co accused looks like he needs some professional help.

I realize that 666 also means filthy few fellowship but this associate is not a patch holder and everyone knows that 666 has another meaning as well. Vincent Price's eloquent introduction to Iron Maiden's song 666 the number of the beast reaffirms the given that the number 666 also refers to the devil. It baffles me how any intelligent being would possibly brag about supporting evil and the father of all lies. AC/DC once said if you're evil, you're a friend of mine.

I have a hard time accepting that logic. Good and evil exist. Rape and murder is evil. Lying is evil. Betraying your friends for money is evil. If you do any of those things you can't be a friend of mine. Anyone who does any one of those things is untrustworthy. Embracing that is counter productive.

The essence of religion is treating others the way you want to be treated. That is the golden rule. It's common sense really. When I was young I enjoyed studying Zen as part of the martial arts. Alan Watts once said that the literal translation of the Greek word sin was to miss the mark. He said that if our purpose in life is to find happiness, then to sin would be to miss that mark like an archer misses his target. When we sin we do things that take us away from inner peace and lasting happiness.

I'm somewhat cynical of the hypocrisy and intolerance in organized religion yet I am a big supporter of the freedom of religion and agree that most religions teach us to improve our lives and treat each other the way we want to be treated. For me the existence of God is a given. It is scientific. The third law of thermo dynamics declares that in a closed system order does not increase all by itself.

If I throw a pile of wood and a bunch on nails on my front lawn, it won't magically build a house all on it's own in 300 or 3,000 years. In fact the opposite is the case. In 300 or a 3,000 years my house will begin to decay and fall apart. It's like the Mona Lisa. We cannot deny it exists and the thought that paint scattered across the canvass all by itself is rather absurd. Paintings have painters. Houses have builders. Creation has a creator. 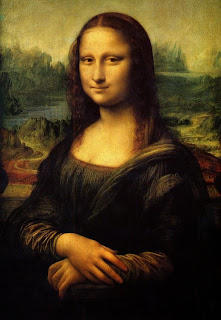 Today I heard a reformed heroin addict who has been clean for 40 years cite Voltaire's argument who said when he sees a clock or a watch he knows those items were created they didn't just happen by chance. I remember many years ago going to the British museum in London England. I saw the skull of the missing link between man and ape which "proved" the "theory" of evolution.

They actually only had three small skull fragments they found from three different locations that fit on the back of the skull. They dated the fragments and said that because it comes from the time period where we think the missing link should have existed, they reconstructed a skull from those three fragments of what they thought the missing link might look like. Only they weren't reconstructing it based on other skulls from missing links they found. They created a brand new skull based on what they thought it might look like. When I saw that as a young man searching for truth I was pissed. That is not science. That is nonsense. All these years we were taught that was science when in reality it is anything but.

I have no problem if someone embraces the theory of evolution. Just remember it's a theory and is in reality very far from science. It's hard for me to conceive that the claim that man crawled out of the ocean, evolved from apes and ceases to exist when he dies is anything but intelligent or scientific. When we die and we realize we are still conscious of our surroundings, we will then know that teaching is false. To me it just seems so empty and incomplete.

I will be the first person to admit that I tend to trust atheists more than I trust many religions people simply because when an atheist does good they aren't doing it to get a reward, they are doing it because they believe it's the right thing to do. I find that admirable. With or without religion, with or without God or the Devil, Good and Evil do exist in our world and we are free to choose between the two. Christians are taught not to judge others but we are taught to judge between good and evil. Like it our not, life does not end at death and as we sow so shall we reap. 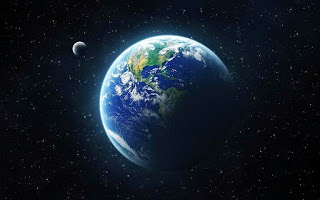