She was Not just a junkie 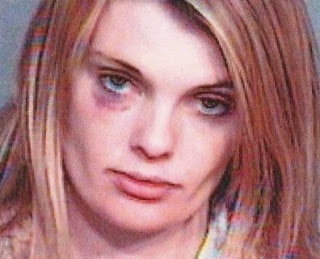 There are a few stories to catch up on and although I will mention them briefly I really want to focus on where this has all taken us. 37.5 kg of cocaine were seized at Toronto airport. 3.3 tons of cocaine bound for Belgium and Spain were seized just outside of Peru. We still haven't heard what happened to our local Hells Angels arrested in that 500 kilos of cocaine seized in Spain.

I am told that Sam Habib was convicted of 23/25 counts related to his OxyContin / ocycodone scheme of 2009/10 in Calgary. Sentencing in November. Mike's trial was put over until June 2015. Calgary Court of Queens Bench. Justice Sandy Park.

The Globe and Mail reported that the Canadian Medical Association said smoking anything is bad for you including pot. Kinda like I said. The weird thing is they had to vote on it. Since when did scientific evidence become popular opinion? If enough people voted to say smoking cigarettes was good for you would they have said so? The Vancouver Province also ran an article saying smoking pot while driving is a bad idea. No kidding. Yet my real concern is Eric Clapton's version of Cocaine. When you want to get down, down on the ground, cocaine.

Although I do think way too many people smoke way too much pot, I recognize that meth and crack are much worse. Selling drugs in clubs to people who can afford it really isn't any of my business. These predatory drug dealers that push crack on the homeless and live off the avails by giving prostitutes crack then collecting all their money to pay for it is predatory exploitation.

Which brings us back to the Prince George serial killer case. Personally I think the guy is indeed a pathological liar. There is no possible way the 15 year old legally blind girl he killed was killed for a drug debt. His claim that she committed suicide while he was on a date with her is absurd. Under cross examination the crown implied he made up the story about other people being involved so he wouldn't be labeled a sex offender in prison but it's too late for that. He is a sex offender. He admitted to having sex with the sex trade workers before he killed them and he had sex with the 15 year old girl before he killed her too so he definitely is a sex offender.

Even if his story about killing the sex trade workers for a drug debt was true, it doesn't change the fact that he murdered them. That is what the evidence clearly declares. The fundamental problem in this case is that this guy has absolutely no remorse whatsoever. That is sad.

It reminds me of the Britney Irving case. Britney was most certainly not a sex trade worker. She sold pot to support her oyx habit. After Joey Verma killed her and was trying to get another man to take the fall for him, he said "I had to do it. She was just a junkie anyways." Britney was not a junkie. In the trial Britney's brother testified how he was concerned about the plan to go shoot guns in the bush during a drug deal while the buyers picked up the product stashed in their car. He said that sounded kinda strange since during a drug deal you're trying to be inconspicuous and not get caught. Britney reassured him that they could trust Joey and that everything would be OK.

She was sadly mistaken. She genuinely cared about Joey and he used her and literally shot her in the back. The expression on her face they showed in court when her dead body was found still haunts me. I'm not sure which was worse. The pain of being shot in the back with a shotgun slug or being betrayed by the person she trusted and cared about. The pain on her face was real.

It's like the Dianne Rock and Vince McMurchy case. The court was told Vince sold crack and got her addicted to it. After she was addicted, then she became a sex trade worker to pay for the drug. When her beauty started to fade and she was no longer able to pay her debts she was killed just like Janice Shore and Ashley Machiskinic. The point is, these women became sex trade workers out of necessity after they became addicted to crack. They weren't sex trade workers or drug addicts before they met their dirty dealer. As I said before the drug dealers are the pimps outside the Front Room in Surrey and in the DTES. They are the predators we must confront.