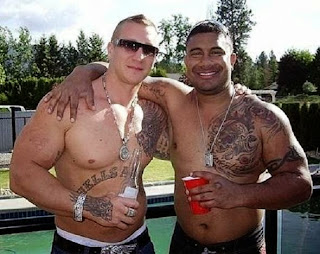 Well there might be 50 ways to leave your lover but according to the CFSU there are 180 ways to say Hells Angels. Earlier this month the Indo Canadian Voice ran an article quoting the CFSU claiming that there are 50 - 180 gangs in BC and asked which are the most dangerous. It's left me scratching my head wondering if we have made any progress at all in the past seven years.

In August 2011 Pat Fogarty told the Kelowna Daily courier that "There is no Wolf Pack. I don't know where people get that type of information. Probably the real truth is they were holidaying up there." He also claimed "The Hells Angels chapter has almost dismantled now. They don‘t even have club status any more. Our biggest fear here in our province is actually the ones that aren‘t named." Those two absurd statements caused me to ask which side was he on?

Larry Amero and Jonathon Bacon weren't just on a holiday in Kelowna when they were shot. Larry was coming out of the closet with his and the clubs support and endorsement of the Bacon brothers which was really nothing new. He supported them at the Castle fun Park meeting before the Surrey Six. Only he played both sides and kept his support of the Swine Flu secret until the UN were mostly in jail.

Nevertheless, the Hells Angels are the biggest players on the field in BC. There is no question about that. They have a million different puppet clubs that keep changing their names as soon as they get a few convictions under their belt but they are the ones ultimately responsible for all of them.

So here we are once again reading about a leader from the CFSU either being misquoted or running interference for the Hells Angels in the media and I'm left shaking my head saying God help us. Let's review the obvious. When we hear names like the Hells Angels, the Red Scorpions, the Independent Soldiers and the GTS, they all mean the same thing. They're all on the same team. They all work for the Hells Angels. The IS and the RS used to be independent but the HAs took them over. That's all there is to it.

Even these new 856 idiots appear to be working for the Hells Angels now. The UN and the Dhurry Dhak Pack are the only independent gangs here now. Aside from the triads of course but they themselves have worked with the Hells Angels since the Loft Six shooting.

Back East they have the Outlaws and a few of their own puppet clubs like the Black Pistons. They aren't affiliated with the Hells Angels but they aren't in BC. Winnipeg has a new version of the Rock Machine after the Ontario Hells Angels shot their own guy from their own support club called LHS. Outside Edmonton and in Grand Prairie they have the Warlocks and the Rebels. Neither of them are HA puppets but neither of them are in BC either. The Rebels claim to be coming to Salmon arm but at the rate they are handing out free patches I don't see them lasting long.

It's bad enough when fat ass liars like Rickie C claim the Hells Angels are just a motorcycle club and aren't affiliated with all their own drug dealing puppets but when the media and the police make those same statements we have to ask ourselves which side are they on?

Although as soon as one HA puppet club gets busted three more are in line to take their place, people are finally begining to see through the Hells Angels now. No lie can live forever. All the betrayal and greed makes their promises of L&R a complete fallacy. Just ask Skellator where his allegiances are. When you remember Giles' first stolen motorcycle you can see it has always been that way.

I submit that there are 50 ways to leave your puppet club. Just drop off the key Lee and set yourself free. First, don't get a gang tattoo. The way all these puppet clubs change their forever names it's about as stupid as getting a girls name tattooed on your arm. If you have one, cover that sh*t up. Having a new tattoo put over an old one is pretty easy these days.

The most important thing to remember when leaving the life is that you don't have to become a police informant to leave. A lot of hitmen for the Hells Angels do end up becoming informants because the Hells Angels always betray them and put hits on them to hide the HA connection to their murders. Just like the Vancouver Christmas in 1995. They told the guy to kill his co accused right after they killed the informant. No L&R there.

Yet as Kerri Krysko claims, to leave the life you don't have to testify. You just leave. That's your best chance at starting a new life. I don't know about you but a puppet's life is not for me. A poor man is better than a liar and puppets don't live very long before they are disposed of and replaced. As TI said, just live your life. No one wants to be a puppet or a G any more. Now everyone wants to be a soulja. Let the Ghetto gospel go forward into very hood possible. Word. 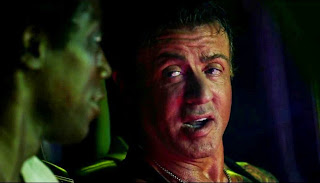