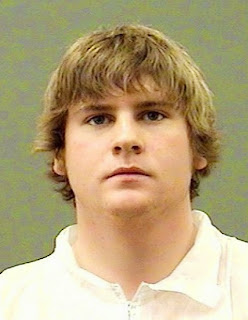 The Vancouver Province is reporting that "a young man accused of murdering three women and a teenage girl in northern British Columbia admits he was involved in two of the killings, but he told his trial Tuesday that he didn't act alone." Cody Legebokoff said three other people were also involved. He refused to provide their names, instead referring to them only as X, Y and Z.

Legebokoff described X as a drug dealer who introduced him to cocaine. He said he met X at a party and soon became a regular customer. He said X came in soon after and told them Stuchenko was going to be killed because she owed a lot of money. A prostitute murdered for a drug debt in Prince George. Imagine that. And who runs the drug trade in Prince George?

The Life and death of Jill Stuchenko 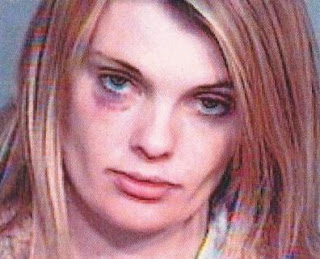 Update: Evidently one of the four women Cody has been accused of murdering is a 15 year old partially blind girl he met online. It is not believable that she too was killed for a drug debt. He was caught after dumping her body. Evidently this case has been going on for a long time and 93 witnesses were called. I'm going to have to go through some of their testimony as well.

One woman who claimed to have had a relationship with Cody testified that she knew one of the victims. She claimed that she and the victim were both prostitutes that did a lot of crack cocaine and crystal meth. Montgomery’s boyfriend, Brian Godwin, confirmed that she developed a serious drug problem around crack cocaine and the relationship broke up. Right before she died she was trying to leave Prince George and come home to her children.

Natasha Cynthia Maas' blood was found on a pickaxe in Legebokoff's Prince George apartment. Montgomery's blood was on an axe found leaning against a wall in a coat and boot closet near the apartment's entrance and was seen upon opening the closet door. Montgomery's blood was also found in Cody's apartment. There's lots of dna evidence. The three adult victims worked in the sex trade to pay for drugs. The fourth 15 year old victim did not.

These are however, some links to relevant information about sex trade workers that have been murdered for drug debts that Cody did not make up:

Prince George Torture Chambers (That was obviously an internal conflict because the Renegades, the Crew and the Independent Soldiers all work for the Hells Angels)

Anthony Terezakis and the American Hotel