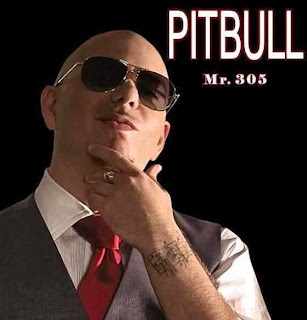 The Globe and Mail is reporting that B.C.’s anti-gang unit says it has arrested three high-ranking members of the 856 gang. Only there is no such thing as a high ranking member of the 856 gang. As Kim Bolan has pointed out, the 856 gang takes it's name from the area code to Aldergrove. No one in their right mind would name themselves after the area code for Aldergrove. We jokingly refer to the 604 but that's just a joke. The 856 is even lamer than the 604. Pttbull refers to the 305 in Florida. If you want to quote a New York, LA or Miami area code so be it but no one trying to be hard core would ever name themselves after an area code from Aldergrove.

Nevertheless, this is an interesting turn of events. It shows that Len Pelletier was wrong when he said there is no 856 gang any more when he drove his car into a tree after being shot at by them. Yet 2 1/2 kilograms of cocaine and 3.8 kilograms of crystal meth isn't chump change. My question is where did they get it from? It either came from the Hells Angels or the UN and my guess is the Hells Angels.

It certainly wouldn't be the first time the Hells Angels took the name of some other group for one of their puppet clubs. Case in point, the Independent Soldiers and the Red Scorpions. Interestingly enough one blog reader sent in a comment from Kim Bolan's blog where one of her blog readers claimed that the new 856 gang is run by Len Pelletier's son Caylen Pelletier. They referred to the 856 gang as Peltier's puppets. Now that is worth looking in to. 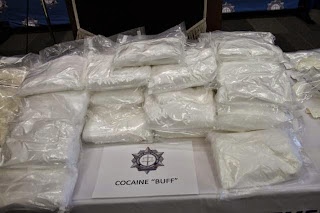 It's also worth noting that the picture from the police press conference is of many bags of "buffer." 2 kilos of cocaine would fit in 2 bags. All those bags aren't cocaine they are of a cutting agent that's used to deworm cattle - Levamisole. The Langley Advanced referred to it by it's street name superbuff. 44 kilos worth. Levamisole is used to cut crack because it waters down the crack while keeping it's solid form hence the term rock. It gives humans flesh eating disease. This is another example of greed. Watering down crack with a cutting agent that rots your flesh.