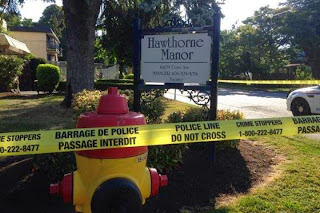 1130 News is reporting that "two people are dead after an early morning shooting in Chilliwack. The Integrated Homicide Investigation Team has confirmed three people were shot at a home on Gore Avenue. Two died while a third was taken to the hospital." Everyone's pretty much reporting the same thing now. No names or details yet. CBC posted a local map. Drug related crime has risen in Chilliwack lately and Stefan (Harjit) Singh Kondolay was shot dead in Chilliwack last month.