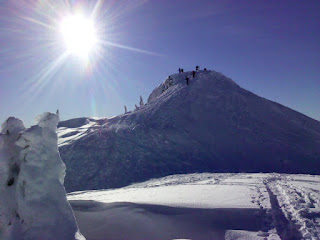 Well Mother Teresa was right. Behind the dark clouds the sun really is shining after all. Last weekend I made it to the foot of First Peak on Seymour and there was zero visibility. It was a complete white out - fog, snow, wind. Today you could see for miles. Inversion was in effect. In the mountains you were above the clouds like in an airplane and it was warmer in the mountains than in the city. It was as U2 described a Beautiful Day. 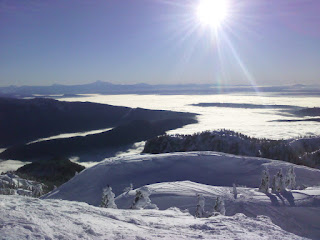