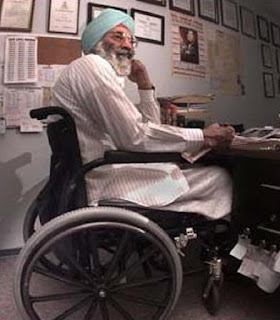 The Vancouver Province reported that "A man serving time for the 2000 slaying of a rival gang member has died in custody. Gurwinder Singh (Gogi) Mann, 39, who was serving a life sentence in Abbotsford’s Pacific Institution, was found unresponsive in the institution’s hospital on Boxing Day.

Mann had been serving his sentence since May 31, 2003 for the first-degree murder of Gurpreet Singh Sohi. Sohi was gunned down in a Delta basement suite. At the time of his 2003 death, Sohi was a suspect in another shooting targeting individuals with alleged gang links." The court was told that killing was in retaliation for the Sept. 10, 2000 wounding of Rajinder Soomel’s brother by Sohi and Sohi’s theft of a large amount of marijuana.

One of Gurwinder Singh Mann's coacused was Daljit Singh Basran who was a suspect in the November 1998 murder of Dave Hayer's father. Hardip Singh Uppal said, Robbie Soomel admitted that he and Daljit Singh (Umboo) Basran were promised $50,000 by the Babbar Khalsa terrorist group to kill Tara Singh Hayer who was going to be a witness in the Air India bombing case.

Montreal Hells Angels associate Luc Bolea pleaded guilty to one count of conspiracy to traffic in cocaine between March 2008 and June 2008 in Vancouver and elsewhere in B.C. He was charged in June 2008 along with his co-accused Bruno Diquinzio and Jean Gaetan Gingras. They were initially targeted in the reverse sting because of their role in the failed 1986 bomb plot against Surrey publisher Tara Singh Hayer, who was later assassinated.

Gingras admitted he once left a bomb outside the Surrey office of journalist Tara Singh Hayer. His confession was recorded on wire tap. The bomb, which was wrapped in a copy of the Montreal Gazette inside a McDonald’s bag, was placed at the Surrey office on Jan. 26, 1986. It was found by Hayer’s son-in-law, who called 911. The RCMP bomb squad dismantled it, finding five pieces of dynamite. No one has ever been charged in connection with the device.

Tara Singh Hayer was paralyzed by an assassination attempt in l988 and was wheelchair bound when he was killed in 1998. I lived in the townhouses at the end of his cul-de-sac.

The CBC and the RCMP confirmed that CSIS provided the explosives for the Air India bombing. 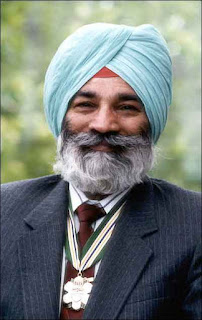