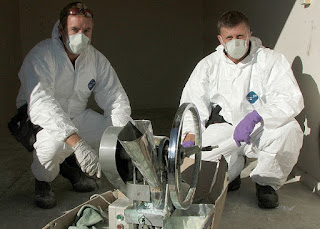 1130 News is reporting that police traced a shipment of 100 liters of a substance used to make GHB to a Kelowna home and seized a pill press on site that was contaminated with Fentanyl. A 22-year-old Kelowna woman and a 28-year-old West Kelowna man were arrested and are now facing several charges. BTW what the hell is this? Anyone recognize the two guys in the picture?

Posted by Dennis Watson at 2:53 PM