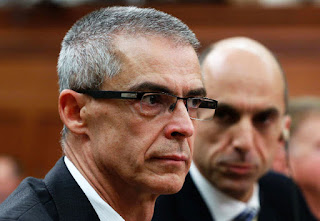 Speaking of the Main Stream Media, the Vancouver Province is reporting that Inderjit Singh Reyat, the only person convicted in the Air India bombing has been released to a halfway house to serve the rest of his sentence. However, we need to realize he was convicted of perjury not murder. You can send someone to jail for committing perjury but you can't keep them there forever.

The real injustice in the case is that no one was ever convicted of murder and CSIS was never charged for helping plan the horrific event and for providing the explosives. That is serious culpability. CSIS is an accessory to murder and have never been charged. A very important fact the Main Stream Media is refusing to report on. CBC were the only ones that ever reported on it when the RCMP revealed that in the trial.

Last summer a Conservative MP admitted CSIS knew about the bob on the plane before it exploded trying to rationalize doing away with civil liberty but changed their story when CSIS freaked out on them. Thgey said they were mistaken. The only thing they were mistaken about was CSIS didn't just know about the bomb before hand, they supplied it.