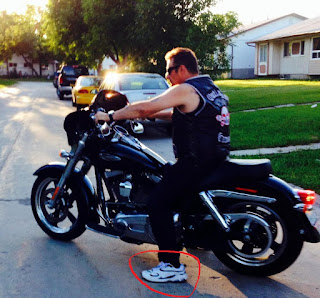 CBC is reporting that Ontario biker charged with second degree murder in Saskatoon killing. John Glen MacAulay, 46, has been charged in the death of Norman Playter in 2014. In 2012 Canoe News reported that Norman Playter, 44, of Calgary was involved with a cocaine bust in Calgary tied to the Outlaws motorcycle gang. Yet CBC posted a picture from facebook of John MacAulay wearing an Outlaws vest and sneakers. So an Outlaw killed an Outlaw. Police say they knew each other and were members of the same gang. No L&R there.