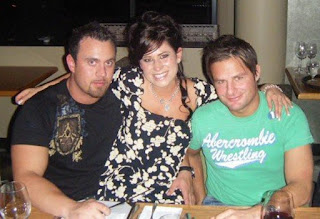 The annual Lindsay Buziak memorial walk will be held Februay 2, 2016. It will start 10:00 AM at the Royal Oak Burial Park Gates 4673 Falaise Drive, Victoria, B.C. Lindsay Buziak was the realtor that was viciously murdered after showing a couple a home in Saanich February 2nd 2008 in what police described at the time to be an intentionally targeted attack. Lindsay's boyfriend Jason Zailo was on Dateline talking about her murder. He failed to mention she was in the process of leaving him. He is seen in the picture beside Lindsay holding a knife.