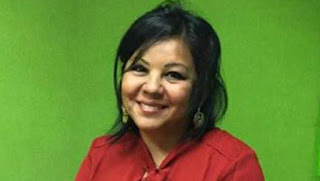 Newsweek is reporting that the newly installed mayor of the Mexican city of Temixco was killed on Saturday. "Gisela Mota formally took office with the new year on Friday. Mexico City newspaper EL Universal said she was attacked at her home by four armed gunmen. Several mayors were killed last year in Mexico, where armed gangs financed by the drugs trade control many local communities."