Bill Fordy is still out to lunch 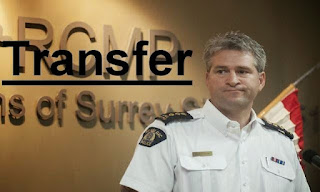 This is an old one I missed. On January 5th Kim Bolan reported that just before 8:00 PM on the Monday night a concerned concerned citizen in Surrey confronted people in a suspicious vehicle parked in his neighbourhood. The occupants of the parked vehicle fled the area after firing several shots at the citizen’s vehicle. The concerned citizen followed them into Del.ta until the suspects lost control of their vehicle and drove into a pole on River Road. Surrey What?!

“Three male suspects, who are well known to police, were taken into custody and then to hospital. Two have been cleared and returned to Surrey cell block and one remains in hospital with non-life threatening injuries. A firearm was also located at the scene of the crash. One of the men arrested, Surrey resident Cory Lee Myers, 25, was wanted on a warrants for breaches of probation conditions as well as for a break and enter."

So what do the Surrey RCMP do? Give the concerned citizen a commendation? Nope. They threaten to arrest him. I kid you not. This is the epitome of everything that's wrong with Surrey. Bill Fordy isn't corrupt. He's just a flaming idiot. The fact that he is still the chief of police in Surrey is proof his superiors are corrupt. Why else would they keep such an idiot in charge so nothing gets done? Instead of arresting a hero maybe they should be arresting the drug dealers outside the Front Room. Instead they just kick the cat and put up fences to contain all the addicts. That is not the New York model. That is a gong show that results in the public suffering for their negligence.