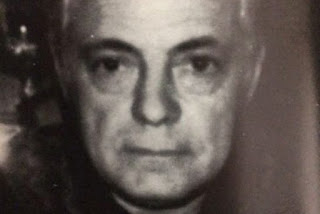 Metro News is reporting that "The son-in-law of longtime underworld figure Rocco Zito has turned himself in to police after Zito was shot dead in his home early Friday evening. Domenico Scopelliti, 51, of Toronto, reported to police late Friday to face first-degree murder charges, hours after Zito, 87, was killed in his home on Playfair Ave., near Caledonia Rd. Emergency responders had tried to save Zito’s life but he was pronounced dead on scene, paramedics said. Zito’s old associates included Nicolo Rizzuto, a murdered Montreal mobster, and Tomasso Buscetta, a former Sicilian Mafia leader who became a turncoat in the 1980s, according to police sources."

"He was considered by police to have been a leader of the local Calabrian Mafia, or ’Ndrangheta, who once sat on its governing body, called La Camera di Controllo or the Crimini. According to court documents from his birthplace of Fiumara in Reggio Calabria, Italy, his uncle was the leader of a criminal gang in Calabria. Zito’s brother Giuseppe was murdered in 1975 in a ’Ndrangheta power struggle in Calabria." I don't understand why anyone, let alone his own son in law, would shoot an 87 year old man after he retired.