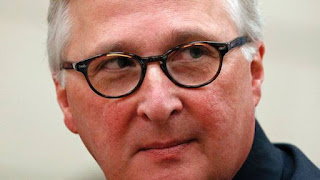 The Vancouver Province is reporting that the judge granted the media's application to see the transcript of what went on in Monday's in camera court session where they kicked the public out. Nobody wants to know the names of the CSIS agents but everyone needs to know what they did especially after Air India.

So once again, this is just the transcript from Monday's closed door session. We are still waiting for the release of the legal opinion the RCMP received during their entrapment of two Surrey drug addicts in a ridiculous plot they were incapable of carrying out. It comes as no surprise to discover that CSIS was involved. Again. We still need to charge CSIS with murder for providing the explosives for the Air India bombing. It's somewhat bizarre those charges have not yet been laid.

Sadly, CSIS will not obey this court order. Instead they will destroy any incriminating evidence again. On June 21, 1984, CSIS was created by an Act of Parliament. On 22 June 1985 CSIS successfully orchestrated it's first terrorist attack. They are the ones that provided the explosives. They had a handler that helped plan the attack. Ted Finn was Director when 156 wiretaps related to the Air India bombing were erased. Right after the bombing they erased all the wire taps of their handler that implicated them.In 1989 CSIS founded the Heritage Front through Grant Bristow.