New movie about the Pickton Farm airs on CBC July 23 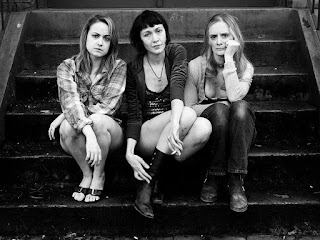 The Vancouver Province is reporting that there is a new movie about the woman lost on the Pickton Farm based on Stevie Camron's book On the Farm. There is a special screening of the film today at the VanCity Theatre and it will be on CBC Television July 23rd.

As we know, Robert Pickton drove around the DTES picking up sex trade workers for a biker party on his farm. A nurse from the DTES told the Vancouver Observer that there wa s a bus from the Surrey House of Horrors that took sex trade workers to parties on the Pickton Farm where they could have free drugs. Yvonne Marie Boen's DNA was found at the Surrey House of Horrors as well as on Pickton's Pig Farm. All of this evidence implies more than one suspect.

Page 137 of the book On the Farm states: "But the truth is that almost all the people in the community knew the Palace as a wild party place with drugs and prostitutes. And everyone knew that the bikers who attended usually finished the parties at their own place across from the Pickton farm, a clubhouse that had become infamous as a booze can serving alcohol and drugs to members and friends. By the end of 1996 the neighbourhood became known in criminal circles as a biker area, one controlled by the Hells Angels."

"Off duty police officers attended the parties and so did city officials." (p 136) "He was worried they were going to get busted at the Palace... But the place was full of cops too, lots of them, all in plainclothes." (p 138) The Missing Woman's Inquiry was supposed to hear evidence that off duty police officers attended parties at Piggy's Palace but the Inquiry was shut down before that happened. This claim ties in with the Dianne Rock Story.

Dianne Rock claimed she was gang praped on the Pickton Farm by bikers and police. Do I believe that every cop in metro Vancouver was involved with gang raping women on the Pickton Farm? No I do not. Neither do I believe that all Hells Angels in Metro Vancouver were either. Some were many weren't. Jesse ran a booze can for the Hells Angles across the street from the Pickton Farm beside Piggy's Palace. Do I think Jesse was gang raping sex trade workers from the DTES at Piggy's Palace? No I do not. Jesse's booze can was beside Piggy's Palace. It was an after hours club people went after Roosters closed down. It was higher end than Piggies Palace. Piggies Palace was a sleazy dive run by Dave Pickton and other Hells Angels.