The Return of Jason Bourne 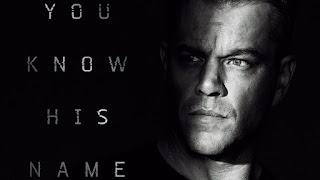 Change in plans. I was all set to hit the road and take my bike and tent out to Lake Louise on Saturday. Then I checked the weather forecast and it was calling for severe thunderstorms in Lake Louise so I decided to postpone that trip for another day. Somewhat disappointing since Friday was so awesome. We ended up seeing the latest Jason Bourne movie last night instead.

Like the riveting Netflix series American Odyssey, the Bourne Identity series is fiction but very plausible. Aside from the car chases of course. I'm referring to the plot when I cite it's plausibility. It is remotely similar to the lighter Netflix series Covert Affairs. Covert Affairs is a corporate spin trying to sell the CIA despite all the generations of documented corruption.

Similarly, the latest Jason Bourne installment appears to illustrate the ongoing struggle of good versus evil within the CIA just like Covert Affairs did. They rationalize all the bad by implying that it was the work of a handful of bad guys that infiltrated the agency. If that was true, it would simply reinforce the need for greater public accountability within the agency. However, it is pure fiction. I don't believe there is any good within the CIA because an evil tree cannot bring forth good fruit. If it's roots are evil the entire tree is evil and it is good for nothing other than to be cut down and cast into the fire. Peace.