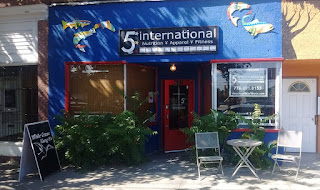 While still on the subject of diversity, I have to pass on a recommendation for a magnificent martial arts school and instructor in Vancouver who is keeping the old traditions alive. Before my son went abroad he told me he met a really buff and realy cool martial arts instructor from Jamaica he was taking classes from. He said I'd like him. He was right.

Hugh is a really buff and really cool brother from Jamaica dripping in wisdom who teaches traditional White Crane Kung Fu in Vancouver. He was trained by grandmaster Vincent Chow. Elianna Lev from the Vancouver Observer wrote an article about him.

I came in for a drop in and was significantly impressed. He is indeed very buff, very cool and his thought provoking wisdom is indeed inspiring. He had a background in fitness and kickboxing and was looking for something else. He had the aggression. He wanted to learn how to control it. He found that in White Crane Kung Fu. His dojo is located at the corner of Kingsway and Fraser street. The actual address is 657 East 15th street right beside the Lion's Den cafe.

His dojo is awesome. He's got heavy bags and a speed bag all set up on one side right beside his harley davidson and an open wooden floor with lots of mirrors to self reflect and practice the traditional art. During the drop in class he had the Fugees playing in the background. I smiled and said to my son, do you remember this and he nodded. I used to play it all the time when he and his sister were young. I picked up a few new moves I can use in my own personal daily rituals following Dan Inosanto's advice to absorb what is useful.

Previously we were talking about how some people like to meditate. That was a rage when I was young. I tried it out but my mind would always wander and I'd just fall asleep. I guess I just wasn't on that higher spiritual plane. Hugh had us meditate while standing on one foot with our arms stretched out. That I could do. It gave my brain something to do while I meditated. He asked me what I was doing that day and I told him about my schedule that at first appeared somewhat conflicted. Without hesitation he said no, that's alright. You spend time with your kids, you spend time with your friends and you do what makes you happy. Everything is in balance. So now whenever I assume that pose I picture myself juggling my conflicted schedule and being at complete peace about it. It really helped me put things into perspective.

So yesterday I rode down there to thank him for helping me put things into perspective and for taking my son under his wing. We had previously discussed Caribbean food which goes well with Guinness stout. He smiled and said yes that was tue. Then said back in Jamaica we have another kind of beer which is even better than Guinness called Dragon stout. When he said that I smiled and thought to myself yeah right. People told me about this local beer called Dead frogs and said how that was just like a Guinness. I tried it and I have to admit it is a good dark beer but it's not a Guinness. So I wanted to try this Dragon stout for myself.

So yesterday I took him out for a beer and some curry goat at the Reef on Main Street and was pleasantly surprised. This Dragon stout is awesome. I could almost say it's even better than a Guinness. Although my fears might hold me back a bit I have to admit it does qualify.

During dinner he asked me what I did on Canada Day so I told him. He just nodded without passing judgement. After dinner we walked over to my bike. Realizing that he meditated I told him how I just couldn't understand how someone would want to stop someone from meditating. Without hesitation he looked at me and said you don't understand why they would want to stop people from doing that? Yeah I just don't get it I said. He then asked what do people do when they meditate. They think I said. Then the epiphany. That's it. They don't want people thinking for themselves I said. Exactly he replied. All of a sudden it all made sense. Peace. 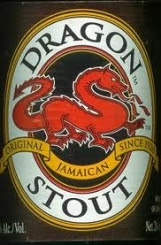 On a point of interest, the Sandhill Crane is migratory. Burns bog (which is on fire again) is one of their nesting sites. That's why people want to protect it. Pitt Meadows used to be another popular site for the Cranes but development has dramatically reduced their migratory populations.

Ladner and Tsawwassen are an important migratory stop for the Snowy Owls just like Brackendale and Harrison River is for Eagles. There is a huge amount of wetlands in Tsawwassen that are important migratory stopovers for a lot of endangered species that the Province just flipped into industrial ready to pave it all over and kill their habitat. It's so short sighted. We need to protect the old ways and the endangered species before they are lost forever.

Bonny Portmore is an Irish traditional folk song which laments the demise of Ireland's old oak forests. Loreena McKennitt sang a wonderful rendition of that song with the harp. Skellig is another one of her songs Reflecting on the sands of time. 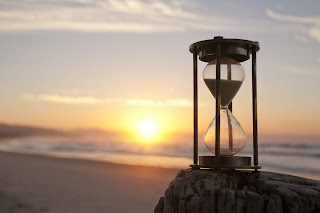 Posted by Dennis Watson at 2:42 PM