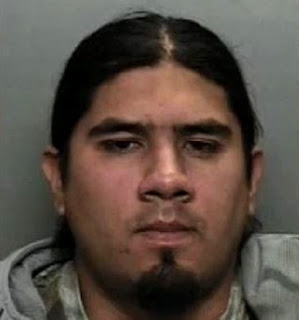 In a recent batch of local shootings Kelowna Cap News reported that a 31 year old woman was shot in a west Kelowna home July 4th and that a 28 year old male had been taken into custody.

Now Kelowna Info News is reporting that "While a 31-year-old West Kelowna woman remains in hospital with a serious gunshot wound, police have laid charges against a 28-year-old suspect arrested near the scene. Evan Anthony Swite has been charged with aggravated assault and possession of a weapon while prohibited, according to a media release."

What I don't understand is when a man shoots a woman, why is he only charged with aggravated assault instead of attempted murder? Especially when he is in possession of a firearm he was previously banned from possessing. That means he has some kind of a record. Why is there a publication ban on that court case? What are they trying to hide? 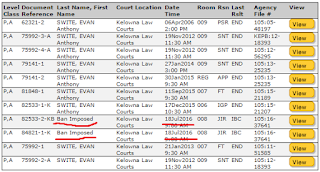 In 2014 he was charged with careless use or storage of a firearm as well as unauthorised possession of a firearm. February 2016 that case was set for trial. May 2015 he was once again charged with uttering threats to cause death or bodily harm. That case resulted in a stay of proceedings directed by Crown. So why is he now charged with assault not attempted murder?

Posted by Dennis Watson at 3:24 AM