Surrey Ride By on Bicycle 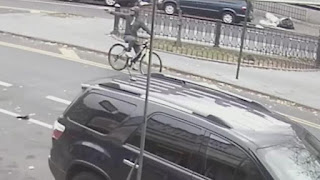 1130 News is reporting that "Surrey Mounties say a shooting in Whalley early this morning was carried out by two suspects riding bikes. It happened around 3 a.m. near King George Boulevard and 108th Avenue. A man was rushed to the hospital with serious, but non-life threatening injuries after paramedics found he’d been shot in the stomach area."

Crackheads shooting each other on bicycles near near King George Boulevard and 108th Avenue. That's right by the Whalley Strip outside the Front Room where they let crack dealers sell crack in public beside the needle exchange. A big F*ck you to Bill Fordy. Thanks for nothing idiot. Fraser MacRae was a Rock Star. Bill Fordy never came close. History has recorded that.