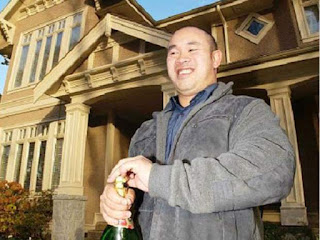 The Vancouver Sun is reporting that "A UN gang associate accused of being the mastermind of a campaign of terror against people linked to the Justice Institute of B.C. is expected to plead guilty to the charges. In September, Vincent Eric Gia-Hwa Cheung, 40, was arrested and charged with 23 counts related to a series of arsons and shootings targeting the homes and vehicles of police officers and others with ties to the New Westminster institution."

This all stems from a bizarre campaign of violence that targeted people who worked at the Justice Institute. The article states Police said in some cases the victims had simply parked their cars at the Justice Institute to take their children to a nearby daycare. I'm somewhat baffled by the motive. A previous article stated that two men were arrested and Police said the motive would come out in court. Not if they plead guilty. However, the second man's case will go to trial so hopefully the motive will come out then.

The article states "he (Cheung) has had associations with people in gangs for a very long time." Knowing people who are gang associates doesn't necessarily make you a gang associate.