A Good Way Out 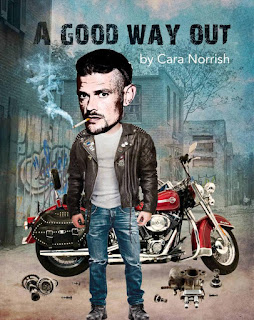 BC Living is reporting that the Pacific Theatre in Vancouver is running an interesting play about a biker trying to leave the life called A Good Way Out from September 23rd to October 15th.

"Tough and uncompromising, this World Premiere follows Joey, a hardworking mechanic who just happens to be the front man for a biker gang. He joined “the family” for protection when he was young, but now he has a family of his own and his priorities have changed. You can’t leave family behind, though, whether they are by blood or by bond, and a few bad decisions turn this dangerous world against him and those he loves."

"It isn’t just the gang activity that has been dominating the Lower Mainland news cycle for years that inspired Norrish to pen A Good Way Out. The story is, in large part, inspired by a person close to her who was involved in gang life. Despite its personal beginnings, however, she sees the story as extending to more universal questions, 'This play is about what pushes us as human beings,' says Norrish on the script, 'How far we will go to protect the ones we love.'”

Update: I saw the matinee the other day. It is very well done. It's very dark and realistic.