Battle of the Bands in Germany 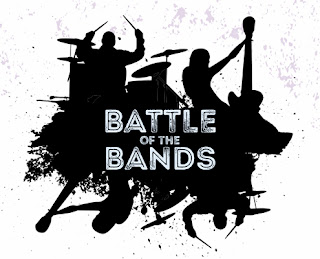 Looks like a battle of the bands has emerged in Germany. TBM Scandinavia is reporting that members of the Hells Angels in Germany stole a Mongol patch and put it on a transvestite then posted the video on youtube so some Mongols stole a Hells Angels patch and nailed it to the wall of their clubhouse and posted a photoshopped picture of Sonny Barger is a gay pose with another man. Lets hope no one gets shot over this.

Recently TBM Scandinavia posted a link to another video on youtube where a group of strikers from a rival club marched up to a group of Hells Angels in Germany for a fight. One of the strikers kicked one of the Hells Angels in the chest so one of the HAs pulled out a gun and emptied the entire clip into the guy. The rest scattered. Is this really the kind of thing worth dying for? Back in the day we had soldiers that risked their lives for noble causes. Now we have grown men who are bored with nothing to do who desperately want to prove their manhood.

Like I keep saying, what consenting adults do behind closed doors is their business. The key word there is consensual. When I first started my blog the first things these clowns would come up with is Agent K is Gay. He likes little boys. Really? That's the best you can come up with? Grow up. I have to admit that I did make a few satirical posts about the "other" 1% after seeing how some of these guys behaved. I really don't care if someone is gay or straight. As long as they don't push their lifestyle on me it's none of my business. I just thought it was funny how some of these homophobic bikers back east picked what some refer to as the patron saints of homosexuality for their club name and logo. A very warm brotherhood indeed.

It brings us back to the George Christie / Sonny Barger cat fight. Instead of ratting each other out for past misdeeds I suggested we talk about where we want to go from here. I said if Sonny Barger and George Christie have two completely different visions, then lets discuss the difference in those visions. This relates to the recent battle of the bands in Germany.

The Vice dot com did an interview with George Christie and discussed the differences between his vision and that of Sonny Barger. George said when he went to prison he found out that clubs that we were fighting with on the streets we didn't have a problem with inside so when he got out of prison he started reaching out to other clubs trying to form truces.

There was one story of George Christy walking over to a Mongols clubhouse and asking, what are we fighting about because my guys can't remember. Part of the problem was the Hells Angels claim to ownership of the term 1% and claim no one else is allowed to wear a patch without their approval. That's a little bit too Nazi for most of us to swallow. Here the beef is about drug trafficking. Members of the Hells Angels who profit from drug trafficking, dont want rival gangs to sell drugs so they can have a monopoly on the market. That clearly creates a huge amount of violence which we have seen in Vancouver and in Quebec for a generation. The Quebec biker war had nothing to do with riding motorcycles. It was a war over drug turf. That is not a noble cause.